People who know me in person learn one thing soon after they meet me (assuming they don’t know already): how to tell damselflies and antlions apart.  Even friends and relatives who have no interest whatsoever in insects still know how to tell these apart.  This is because the general inability of people to distinguish these two insects is one of my biggest pet peeves.  It really shouldn’t bother me – after all, the ratio of entomologists to non-entomologists in the world is probably tiny and I certainly don’t expect everyone to know more than a handful of basic facts about insects – but it bothers me nonetheless.  It bothers me so much, in fact, that people quickly learn the difference if they spend time with me.  It might have something to do with the fact that I loudly point out every instance of misidentified antlions masquerading as damselflies or dragonflies that I see.  This wouldn’t be such a big deal except that I see this mistake ALL THE TIME!  Drives me nuts, and the people who are with me when I rant about how antlions and damselflies aren’t the same thing tend to pick up on the differences really fast.  I think it’s a defensive mechanism.  If someone shopping with me preemptively points out an antlion misidentified as a damselfly, I am less likely to make a scene and embarrass them.  :)

I’m sure the vast majority of people in the world wouldn’t even notice how often antlions are mistaken for damselflies on products.  The only reason I notice is because I happen to really like damselflies and dragonflies and I actively seek products depicting them.  As an entomologist, people also give me insect gifts all the time.  Because I love odonates, I get more odonate gifts than anything else.  But not all of them actually depict dragonflies.  These are a small handful of things I’ve been given that had the word “dragonfly” somewhere on the label:

This was a wedding gift from one of my husband's friends. 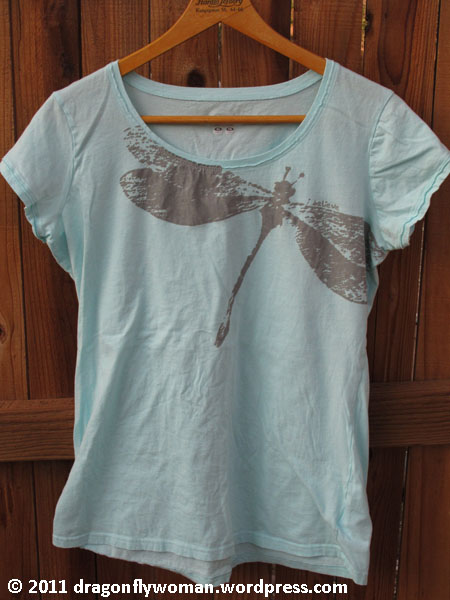 My sister gave me this shirt a few months ago. I'm thrilled that outdoor clothing maker Columbia is using insects in their designs, but...

One of my best friends' moms gave my husband and me two of these hand towels for our wedding. 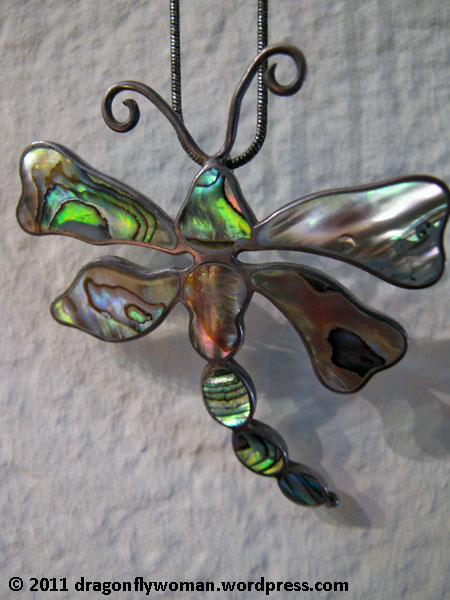 This was the first thing my husband gave me after we started dating. He didn't know better at the time.

Did you notice what all of these things have in common?  If you didn’t, here’s a close up of the offensive body part:

Look at those antennae!  Big, long antennae!  Damselflies and dragonflies have short, bristly antennae.  They’re basically little hairs that stick off the front of their heads.  No adult odonates have long antennae, so as far as I’m concerned, none of the insects depicted in the items above are damselflies and are all antlions instead.  It might say “damselfly” on the label, but the people who named these products are wrong.  Wrong wrong wrong!

This pet peeve of mine is so stupid.  I don’t really care what insects are on the things people give me.  I will display nearly any insect in my home.  I am just as happy with things that have antlions on them, long, showy antennae and all, as I am with things with damselflies and dragonflies on them.  Antlions are fabulous insects worthy of being included on products for people to buy.  And I like every one of the gifts pictured in spite of the misidentification.  After all, someone I care about bought me something he or she thought I would like.  I’m darn well going to like it!

I also realize that antlions and damselflies look so similar that most people aren’t even aware that they’re two different animals.  Artists who make odonate images often don’t draw from life and assume that odonates have antennae like most other familiar insects.  It’s not a bad assumption.  Unless you’re an entomologist, there’s very little reason why you might be taught the difference between damseflies and antlions.  Still, it gets to me every time I see an antlion labeled as an odonate.  Ultimately, it all comes down to that label, the proof that the person designing the product doesn’t know what they’re putting on a t-shirt or assumes that the consumer won’t notice the difference.  And the really stupid part is that if there was no label identifying it as a dragonfly or damselfly, I wouldn’t even care! Like I said, the pet peeve is really stupid.  Wish I could get over it.  I welcome suggestions for how to do so!

Before I end my little odonates-don’t-have-long-antennae rant I just want to point out a few things.  Damselflies and antlions might look similar, but they are really nothing alike.  Odonate nymphs are aquatic while antlion larvae bury themselves in sand.  Odonates fly during the day while antlions fly at night.  Odonates can’t fold their wings flat over their backs while antlions can.  Antlions are holometabolous while damselflies are hemimetabolous, so they’re not even remotely closely related.    In fact, they are so distantly related that they have a taxonomy fail index value (as defined by Myrmecos) of 67.02.  That means that this misidentification is almost 3 times as bad as mistaking an opossum for a cat!

I imagine that all of you will now start noticing antlions misidentified as odonates.  Welcome to my world!  You will find them everywhere.  And if you ever happen to hear a loud woman in the next aisle complaining about long antennae on a damselfly shirt that she would have bought except she can’t bring herself to do it thanks to the misidentification, come say hi.  It’s probably me.  :)