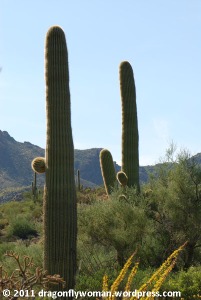 If you’ve watched the news at all recently (at least before the tragic earthquake and tsunami in Japan that have completely taken over the news media), you’ve heard about the budget cuts to science and education that have been proposed by the current Congress.  I’m not going to get into the politics at all, so you will not be reading a tirade about my opinions of the current Congress and the huge, sweeping changes it has proposed for the national budget.  Suffice it so say that funding to the major scientific funding agencies is being slashed and many cuts have been made to educational programs as well.  Today I wish to focus on one specific piece of funding that is on the chopping block, a National Science Foundation (NSF) program that puts science, technology, engineering, and math (STEM) graduate and undergraduate students into K-12 classrooms in their communities, the NSF STEM GK-12 programs.

NSF began their GK-12 program in 1999 to bridge the huge gap between scientists and K-12 students learning science.  If you know many scientists personally, one of the things that becomes abundantly apparent is their general inability to share what they know with non-scientists.  Not all scientists suffer from this crippling ailment (if you read science blogs by scientists you know that some of us actually WANT to communicate the things we know to the public), but many scientists have a hard time talking about their research in a way that makes sense to people other than scientists within their own field.  The GK-12 program helps break down some of this barrier by placing STEM graduate and undergraduate students, students who are doing scientific research and are on the forefront of discoveries being made in their fields, into K-12 classrooms.  Students chosen to become GK-12 fellows are given generous stipends, funded by NSF, to spend a year (sometimes two) in a K-12 classroom or public school science program.  During that year, they assist teachers with their science teaching, develop new curriculum based on their own research and expertise, and learn to communicate science to K-12 students effectively. 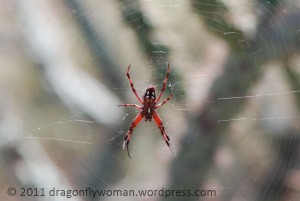 Spider on its web

As federal funding has been slashed by Congress, the big federal science funding agencies have necessarily reevaluated their programs and are making cuts to adjust to their smaller budgets.  NSF announced that they intend to cut their GK-12 programs.  According to an article in the March 4, 2011 issue of Science (click on the link at the bottom of the linked page to view the article), NSF spokespeople claim that the services provided by the GK-12 programs are redundant, that they are being (or will be) provided by other graduate training programs.  They also claim that in spite of the clearly defined successes of the GK-12 program, the students who participate in the program are not receiving the necessary training to become researchers that  justifies the continuation of funding for the program.

I care about this issue because I was a GK-12 fellow myself a few years back.  It was one of the best experiences of my life.  I was paid well, get to list an NSF-funded fellowship on my CV (always good!), and I am a vastly better communicator and teacher because of what I learned during my time as a GK-12 fellow.  Rather than being placed in a specific classroom or group of classrooms within a single school, I was assigned to an outdoor education center maintained by the Tucson Unified School District, a center I fondly remember going to on field trips as a child myself.  I spent my year as a GK-12 fellow teaching K-8 students about the ecology of the Sonoran Desert by leading students on educational nature hikes in nearly pristine desert land two mornings a week.  The kids had a group lesson as a class after lunch and then broke up into 4-5 groups and rotated through lessons led by parent volunteers for the rest of the afternoon.  Many teachers requested the Sonoran arthropod group lesson, and I gave the presentation nearly every day that I was there.  I was also the first entomologist who was officially affiliated with the center, so I was encouraged to develop new insect related activities.  I started an insect collection for the center, developed two new lessons, and helped with other curriculum development projects as needed. 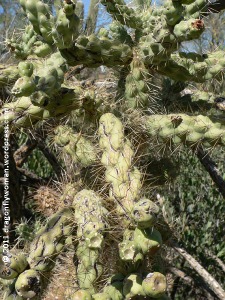 I learned so much as a GK-12 fellow.  I learned how to tell kindergarteners why polo verde trees have green bark in such as way that they actually absorbed it.  I learned how to get 50-60 rowdy, impatient, and sometimes scared children to pay attention to a live vinegaroon as I brought him through the class.  I learned how to be patient.  I learned how to pull cactus spines out of childrens’ hands when there were mishaps and how to identify the plants and animals of the Sonoran Desert that I did not know as we walked along the trails.  I learned how to allay the fears of parents who worried about their children coming into contact with insects or rodents or spiders or venomous snakes at the center so that they would know that their children were safe.  I learned how to communicate with K-8 teachers and learned about some the many trials they face in their profession.  I learned how ill-informed and science illiterate many elementary school teachers are.  I learned to work with a group of dedicated naturalists as they desperately attempted to keep their center going in the face of budget cuts, protecting buildings that sat on a very valuable piece of property worth a small fortune, buildings that are expensive to maintain.  And I learned how very, very much I enjoyed teaching people of all ages about insects. 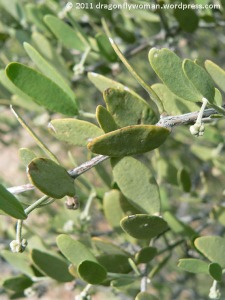 The people in charge of the NSF budget may claim that the services and experiences that the GK-12 program provides are provided by other programs, but this simply isn’t true.  In no other program that I am aware of, nor cited in the Science article, do graduate and undergraduate students have such a profound influence on science teaching in their communities as they do as GK-12 fellows.  A report contracted by NSF itself to evaluate the successes of the GK-12 program found that everyone involved benefited from the services it provides.  Teachers in K-12 classes are rarely trained as scientists and are trained as educators instead.  Many elementary school teachers admit to feeling intimidated by teaching science.  These teachers welcome the input of graduate students in their teaching and enjoy the chance to increase their knowledge of recent findings and broad principles in science by working with a trained scientist.  The K-12 students themselves benefit from being taught by a science expert through innovative new lessons and activities that get them excited about science, but also from having real, young scientists in their classrooms as role models.  The fellows benefit by learning how to communicate science to non-scientists, improving their teaching skills (which translated into better teaching at the college level), and by gaining experience that gives them a boost over their colleagues when applying for jobs after they complete their degrees. 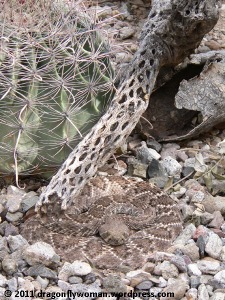 As for the claim that GK-12 fellows don’t improve their own research skills, well… that really isn’t the point, is it?  There are certainly other NSF graduate training grants that focus on creating world-class researchers, such as the Graduate Research Fellowships and Integrative Graduate Education and Research Traineeship (IGERT).  I personally don’t see why there shouldn’t be a separate graduate training grant that focuses exclusively on communication and teaching.  After all, communication is probably THE most important skill for scientists.  If you can’t communicate effectively, you can’t get grants, you can’t publish papers, and you will likely be passed over for teaching positions.  Professors I’ve known who have reviewed grants for NSF, the National Institute of Health (NIH), and other major science funding agencies all tell me that a superbly written grant proposal for questionable or risky research has a good chance at being awarded funding over a poorly written proposal for an outstanding research project.  Scientists need to be trained to become communicators and I for one think that the GK-12 program is an exceptionally effective training program for this skill set.  The fact that it happens to benefit so very many people in a time when K-12 schools are struggling to keep up with the rest of the world in science education should be enough to keep the program going, but this is sadly not the case.

Many former GK-12 fellows have been outraged at the news that their beloved program was being cut.  If you haven’t been a GK-12 fellow yourself, it might not seem like it’s a huge loss, but let me say this: we GK-12 students have improved the quality of science education in your child’s schools.  We bring new information and cutting edge science to the K-12 classroom that would never be taught without us.  If you think that science education is important in our country, I ask that you at least consider lending your support to those of us trying to reinstate the funding for the program.  If you’d like to help, please considering sending an e mail to your Congressman or Congresswoman stating that you would like to see the GK-12 program reinstated for the 2012 budget.  You can also send an e mail to the NSF Director Dr. Subra Suresh at ssuresh@nsf.gov, Assistant Director Dr. Joan Ferrini-Mundy jferrini@nsf.gov, and GK12 Program Director Dr. Sonia Ortega sortega@nsf.gov.  Last, former GK-12 fellows are sending out news and suggestions for how people can help via e mail.  If you’d like to be added to the mailing list, send an e mail to savegk12@gmail.com.

As a former GK-12 fellow, I know I’m a little biased.  However, I really do think that this is a valuable program and one that should be continued.  Thanks for letting me stand up on my soap box and sing the praises of the GK-12’s.  We’ll return to your regularly scheduled broadcast for the next Wordless Wednesday!

All photos on this page were taken at the outdoor education center where I worked during my time as a GK-12 fellow.  It was an amazing place and I feel lucky to have the opportunity to spend so much time there!