So…  I had planned to start a pair of posts on one of my favorite subjects today.  Then I spent all of yesterday doing things with my husband, our first day off together in a month.  I didn’t even come close to finishing the other post – and I don’t feel the least bit bad about it either!  I’ll get to the science heavy topic I had planned next Monday.

Instead, today I’m going to recount a Zuni tale about the boy who created the dragonfly.  In case you aren’t familiar with the Zuni, they are a pueblo Native American tribe based in New Mexico.  This story was first recorded in 1883 by an ethnologist visiting the Zuni and has been repeated in several other forms.  Tony Hillerman even wrote a book based on the story, The Boy Who Made Dragonfly: A Zuni Myth.  Without further ado, I give you the Zuni dragonfly myth: 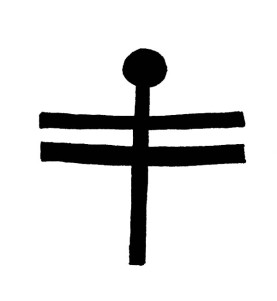 A village came on hard times and its people were hungry, so they abandoned their home in search of a more prosperous land.  Unbeknownst to them, they left behind a young boy and a young girl.  The girl was very upset at having been left behind and was inconsolable.  To please her, her brother made an insect doll from corn and other grasses and gave it to his sister.  This corn-being soon came to life, a messenger from the gods sent to teach the children how to please the gods and gain their favor.

But the girl became very sick.  The corn-being flew away to the south, seeking the corn maidens to help the girl recover and to comfort the children.  When the corn maidens arrived, they gave the children food and told them that they were beloved by the gods.  They were destined to become great leaders, the mother and father of their people.

The land grew fertile again and the people returned to their village, finding the boy and girl they had left behind.  Because they gods had visited the children and blessed them, they became great leaders of their people, just as the corn maidens had foretold.

But the corn-being was lonely and wished for a companion.  He went to the boy and asked him to make another corn-being so that he would not be alone.  He asked that the boy and his people call him, his companion, and all of their offspring, dragonfly.  Because the corn-being had helped him in his time of need, the boy agreed.  He made a new corn-being like the old and it too came to life.  The boy told the dragonfly: 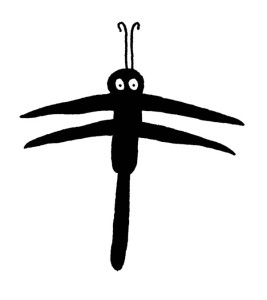 “I will paint your form on sacred things to symbolize spring and the spring rains that bring health to my people.  Your companion I will paint as a symbol of summer and the summer rains.”

Even today, the black, white, and red dragonfly arrives in the summer with the blooming of the corn.  He is followed by his companion, the green dragonfly.  Together they arrive with the rains, harbingers of life and good health for the spring and summer.

(Adapated from the version of this story told by Forrest Mitchell and James Lasswell in A Dazzle of Dragonflies.)

Pretty cool story, eh?  I really love it.  I have read several variations of this story and it makes me happy every time I come across a new version.  I haven’t read Tony Hillerman’s version yet though.  I’m sure it will be marvelous when I get around to it.  He writes some amazing traditional southwestern stories in addition to his detective novels set in the same area.

The images in today’s post are drawings based on traditional Native American representations of dragonflies.  The simple dragonfly with the stick with two crosses is supposed to be the representation of dragonflies found among ancient Zuni rock paintings.  The other three images are based on images represented on Mimbres pottery.

That’s it for today.  Next Monday: giant insects!