Yesterday I discussed a paper that covered 7 impediments to invertebrate conservation, problems that prevent invertebrates from being considered worthy/fundable conservation targets.  The authors of that paper ended by saying that it all ultimately boiled down to public perception, that until people understand that invertebrates play an important part in our world, we’re not going to see any changes.  That got me thinking and I came up with a list simple ways that everyone can help save invertebrates.  I’m going to split this up into two sections: things that scientists can do and things non-scientists can do.

There is, I believe, a huge gap between scientists and non-scientists.  Scientists often have a hard time communicating with the public because they are so engrossed in their work that they sometimes forget how to talk to people who don’t work on similar topics.  We scientists also have our own language, Science, that works smashingly well in scientific journals, but doesn’t translate into plain English (or other languages) very well.  It’s no wonder that people don’t appreciate invertebrates when the people who study them seem incapable of sharing what we know with non-scientists.  But there are ways we can help bridge the scientist/non-scientist gap!  Some suggestions:

1) Use social media.  People are getting more and more information about their world from the internet.  Guess what:?  YOU can be one of the people that provides that information!  Start a blog about your invertebrate research so that people can learn about what you do and why it is important.  Twitter is a surprisingly good source of science news – start contributing to the conversation!  Why not offer to write guest posts for other bloggers/media outlets?  By making the public aware of your research and by explaining it in terms that anyone can understand, you can really help boost the public image of invertebrates.

2) Do talks/lectures/events aimed at educating the public about invertebrates.  Scientists sometimes have a hard time sharing what they know with the world outside.  Try getting out of the lab and talking to non-scientists every now and then!  Give a lecture for a garden club.  Do an outreach program at a school.  Set up an educational booth at an event, or create your own event to celebrate invertebrates!  Answer a few questions if a nature show calls and asks for information.  Doing even a few of these sorts of things a year will help!

3) Develop citizen science projects.  Nothing helps people understand the importance of your research like participating in it.  I’ve already discussed the value of citizen science in a recent post so I won’t rehash everything again here, but note that amateur scientists/naturalists have a lot to offer if you only give them an opportunity to contribute.  Citizen science.  Try it.

4) Develop educational resources for the public, especially K-12 students.  Guess what?  People WANT to learn about invertebrates!  Providing educational information online can help them appreciate the value of invertebrates in their lives.  People want to know about the work you do, but how can they learn about it if you don’t make the information available somewhere they can actually access it?  And you know who really loves to learn about insects?  Kids!  Helping young children understand the role of invertebrates in the environment and teaching them to appreciate insects is a fantastic way to do a little invertebrate PR!  Hook ’em while they’re young and they’ll also go on to become people who support conservation and invertebrate research funding as adults. 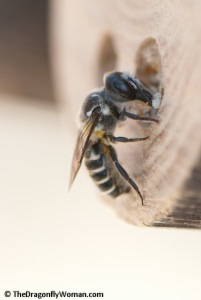 You don’t have to be a scientist to help prevent invertebrate extinction!  Here are some things non-scientists can do:

1) Get to know your area.  Go outside and pay attention to what you see.  People who carefully observe their local areas are in the best position to notice when something is changing, and scientists can’t be everywhere at once.  Consider yourself a scientist’s eyes and ears on the ground!  By simply getting out, walking around, and recording a few observations, you can potentially make an important contribution to invertebrate conservation.  The exercise and fresh air will do you good too!

2) Ask questions.  Don’t know what an invertebrate you observe is?  Ask someone who knows!  Snap a photo and submit it to BugGuide.net for a free identification.  Talk to the entomologist at your local extension office.  Got a land-grant university in your area?  They likely have collection curators who are expected to field calls from the public, so feel free to call them!  Consult field guides, especially ones specific to your area.  Get involved with citizen science projects and talk to the project leaders.  Learn learn learn – and ask if you can’t figure out the answer to a question yourself.

3) Keep records!  Memory is a troublesome thing.  Unless you have a photographic memory, chances are you’ll start to forget details soon after you observe something.  Jotting down notes, snapping a few photos, keeping a nature journal – these things will help you remember what you see in much greater detail.  You’ll be able to accurately track which species you see when and where and compare past notes to new observations.  That way, you can see if it really is weird, for example, to see a flower blooming in January or a fairly routinely event.

4) If you notice important changes in your area, share your findings.  If you pay attention to the things around you, keep records, and have proof that something is changing the invertebrate communities in your area, consider sharing your findings.  Local conservation groups will often be interested in what you have to share, so give them a call!  Or call your extension entomologist or your land-grant university collection curator.  If what you’ve observed is nothing to worry about, they’ll tell you.  But if something is happening  to the invertebrates in your area, they can help get the ball rolling on new conservation efforts. 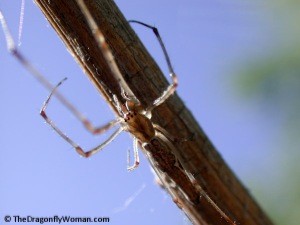 These are just some of the many ways that everyone can participate in protecting invertebrates and ensuring that our world functions properly well into the future.  If you’d like to contribute any additional ideas for ways scientists and non-scientists can help conserve invertebrates, please leave a comment below.  I’d love to hear from you!