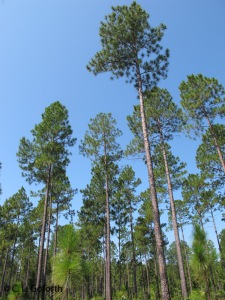 Earlier this week, I got to go on a trip to some of North Carolina’s awesome wild areas with a bunch of other people from the museum where I work.  We ended the day at Lake Waccamaw, a fascinating bay lake in the southeastern part of the state.  The water was bizarrely warm but oh so clear, so I enjoyed my swim in it quite a bit.  The highlight of the trip for me, though, was getting to see the carnivorous plants in the Green Swamp.  One of my favorite memories as a kid was the venus fly trap my mom bought my sister and me, how we fed it flies and were fascinated by how it consumed its prey.  I never knew then that they were native to North Carolina, nor that North Carolina is one of the best places in the world to see carnivorous plants.  Now I’ve had a chance to see the carnivorous plants I grew up reading about in the wild!  Today I’m going to share the five carnivorous plant species I saw at the Green Swamp because who doesn’t love a good carnivorous plant? 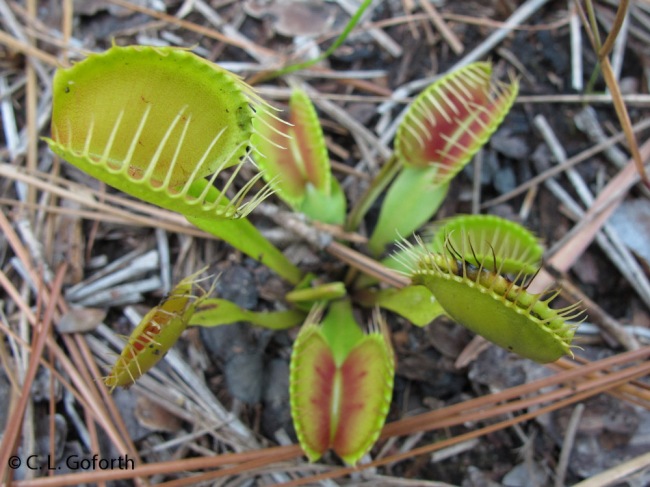 There is something so alien about this plant!  It certainly looks strange with all the spiky bits coming off the leaves, but this plant is quite mysterious too.  It sort of remembers things, and no one really knows why.  The exact mechanism behind the trap that snaps shut on helpless prey remains uncertain.  This plant knows the difference between a living organism and a non-living organism too.  It’s just weird and oddly sentient for a plant.  But how beautiful!  And it was absolutely amazing to see them scattered all across the ground underfoot.  I was so happy I nearly cried.

Pitcher plants are super cool plants too!  This plant doesn’t snap shut on its prey like the venus fly traps do, but they have an effective alternative system: downward pointed hairs guide the insect victims into the digestive soup at the bottom of the trumpet-shaped leaves where they are slowly digested.  If you pull an old, dead leaf off a plant and cut it open, you can sometimes see the exoskeletons of consumed bugs!  Another beautiful plant, and, as an added bonus, many of these had green lynx spiders sitting on the “lid” of the plant too. 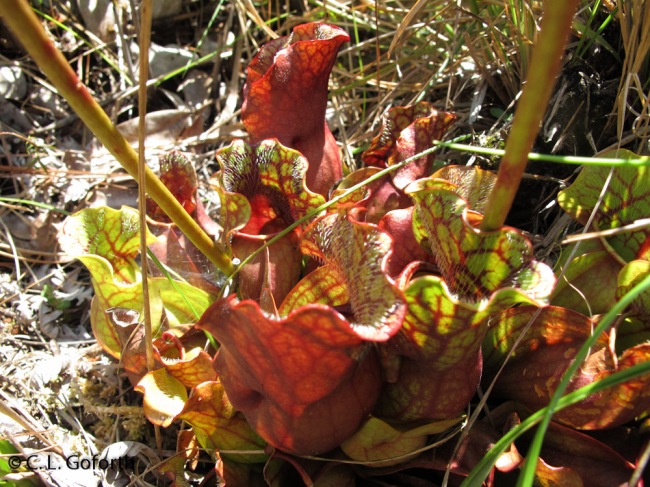 Purple pitcher plants are closely related to the yellow pitcher plants and were found within a few feet of their yellow brethren in the Green Swamp.  These plants are very different though!  Unlike the yellows that use digestive juices to digest their prey, the purple pitcher plants depend on a variety of invertebrates, including a mosquito and a midge larvae, to break down the insects that fall into the puddle of rainwater that accumulates at the bases of the leaves for them.  How awesome is that?!

Bladderworts are fantastic aquatic plants!  They store little bubbles of air in special chambers armed with triggers.  When a small insect, other invertebrate, or even a small fish swims by and bumps the trigger, the door to the chamber snaps open and water floods in, dragging the prey animal inside.  Then the plant secretes digestive chemicals and consumes the prey.  It’s hard to imagine that such an adorable little flower is attached to such a violent plant!

Until about 6 months ago, I had never even heard of a sundew.  Then I saw a picture of one on a blog somewhere and fell instantly in love.  I knew I HAD to see one!  And I did!  These tiny plants are capable of catching things much larger than they are, including strong flying insects such as damselflies.  They lure prey in with tasty globs of sweet mucus that line their leaves, but the globs are very sticky and trap insects that come too close.  Once the insect dies, usually from exhaustion or asphyxiation, the plant secretes digestive chemicals and absorb the nutrients through the leaves.  They’re adorable, yet surprisingly deadly.

Aren’t carnivorous plants fun?  I just love them!  And now that I know I can go see them any time I want without even leaving my state, I suspect I’ll find my way back to the swamp many times to see them again and again.  Nothing beats going out into the wild and seeing these things growing out there!  I was battling the last dregs of a cold and I found it very nearly unbearably warm the day we went, but I came away from the swamp happier than I’ve been for a long time.  Funny what nature can do for a person’s emotional state!