I am constantly reminded of just how many insects there are on our planet, both in terms of their diversity (the number of species) and their biomass (the total number of individual insects).  This was yet again brought to my attention a few days ago.  I had trekked outside to snap a few photos of the narrow leaf sunflowers that are blooming all over the prairie now for the “blog” I write for the field station where I work.  I took a quick, 5 minute detour to check out the small garden area near the offices on my way back inside and found quite a few things!  The following five insects were among those I photographed within 5 minutes of observation: 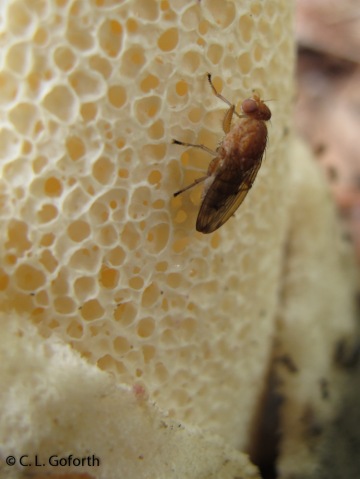 The stinkhorn fungi have been quite abundant recently, popping up in areas that have been mulched with wood chips.  I found the gorgeous fly you see in the photo sitting on one of the stinkhorns, the stinkhorn that wasn’t completely obscene looking.   (If you’ve never seen a stinkhorn fungus before, everything you need to know about their shape is in their genus name: Phalus.)  I love everything about stinkhorns, but the fly diversity they attract is especially impressive. 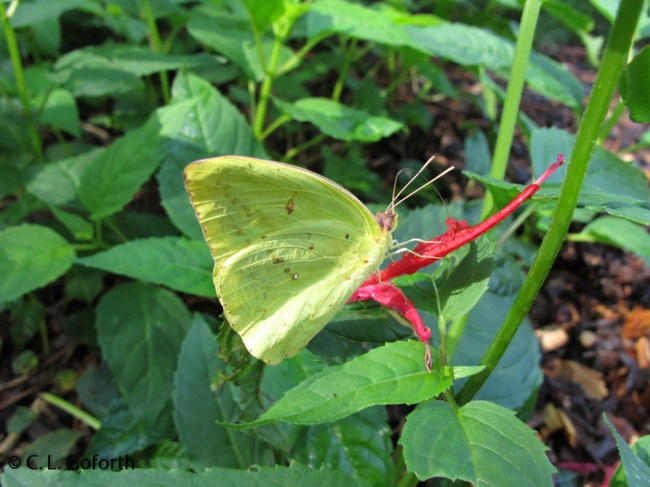 I’ve always enjoyed seeing these butterflies.  They might be as common as dirt, but their color is fantastic.  They’re beautiful!  And they’re especially beautiful when they’re sitting on bright, flaming red bee balm.  If you zoom in on the photo (click to make it bigger), you can even see the proboscis reaching inside the flower. 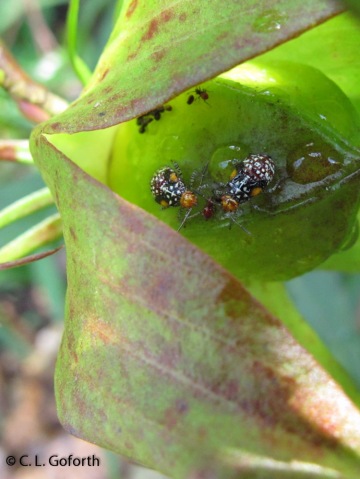 I was so thrilled when I saw these little guys sitting on a Hibiscus!  There are multiple ages of bugs in this image if you look closely – eggs, first instars, and two individuals of a later instar.  I thought they might be something rather special based on their coloration.  Then I started looking around and found many, many more of them on the other Hibiscus plants  and flower buds near it, including this pair that was making even more: 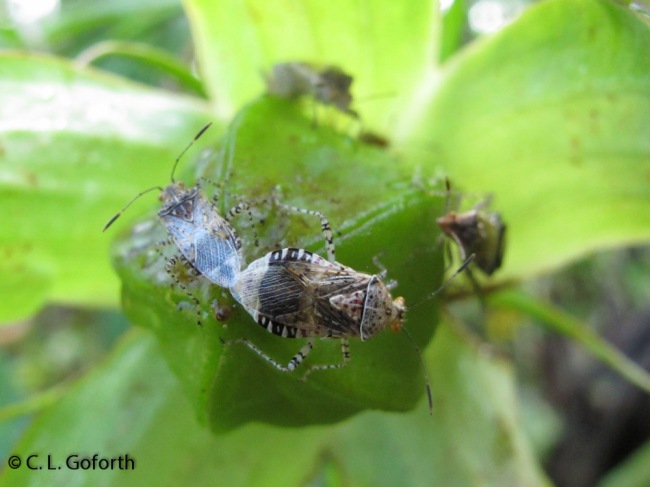 The adults of this species are quite beautiful too!  It took me a while to figure out what these bugs were, but I have since learned that this species it known for munching on Hibiscus.  They’re not special at all, but at least I’ll know where to find them in the future!  Their presence probably doesn’t bode well for the flowers inside those buds… 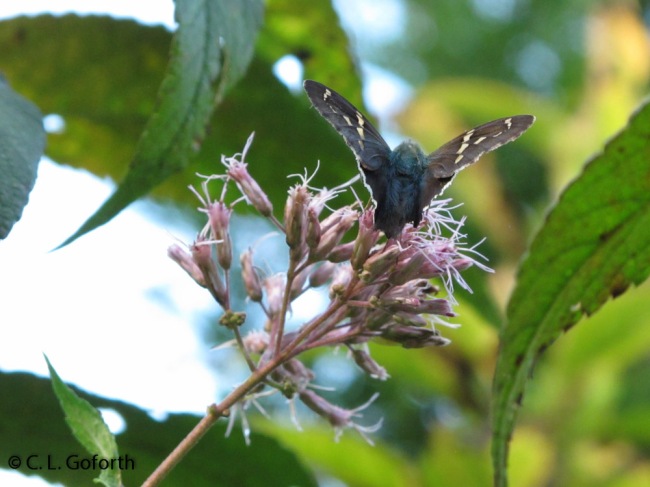 This poor little skipper was probably nearing the end of its life.  It’s was quite large for a skipper and still beautiful, but it was rather shabby too.  This species should have two long, thick tails extending off the back of the hind wings, but this individual had completely lost his/hers.  Because I’m me, I immediately started thinking about the ways the butterfly could have lost its tails and ended up making a crazy story that would be suitable for a wild children’s story, but unlike anything that happened in real life.  Yep, I just can’t help myself.  Sometimes my mind goes to really weird places.

When I started making up crazy butterfly stories in my head, I knew it was time to get back to work and headed inside.  Still, it was quite a productive little jaunt into the little garden patch and I learned a few new things about the world to boot.  What a great 5 minute break!