This last week was a great one for me bug-wise!  I did several insect themed citizen science programs and presentations with a variety of groups, from leading lessons for a summer camp for middle school boys to teaching a training workshop for environmental educators and teachers.  It’s always fun to spend time teaching people who are genuinely interested about bugs and want to learn something, so it was fun even though it was terribly hot.  Here are some cool things I saw this past week!

One of my coworkers came in a few days ago and told me that she’s seen a dragonfly on a tree branch outside our offices and wanted to know what it was because it was a really weird one.  Apparently I haven’t exposed her to my “dragonflies don’t have long antennae” mantra as she explained that the dragonfly she’d seen was odd because it was holding its wings in a funny way and had long antennae.  I followed her out to see what she’d spotted, expecting to see an adult antlion.  Instead, it was the insect above!  That’s an owl fly, a really cool insect in the net-winged insect group, and a relative of the antlions though they belong to their own family.  I think this one is Ululodes quadripunctatus in particular, and two things struck me about this insect.  First, it was crazy beautiful with those yellow patches down the abdomen and the divided eyes.  I was thrilled to be able to see it.  Second, how the heck did she even see this thing?  I am so impressed that she spotted it!

I got to visit a new-to-me state park near the Carolina coast yesterday to teach a group of 5th grade teachers about citizen science.  Part of the activity I had planned involved sending them outside with cameras to document the biodiversity around the environmental education center for a project we host at the museum where I work called Natural North Carolina.  I arrived early so I could scout before my presentation, but I made it as far as the parking lot before I stopped.  There were dozens of these golden-winged skimmers flying around the parking lot and resting in the trees around the edges.  They were gorgeous, so I stopped and stood in the hot sun watching them for about 15 minutes before I went inside to present.  We saw a few other dragonflies too, including some great blue skimmed females and some eastern pond hawk females.  It was great! 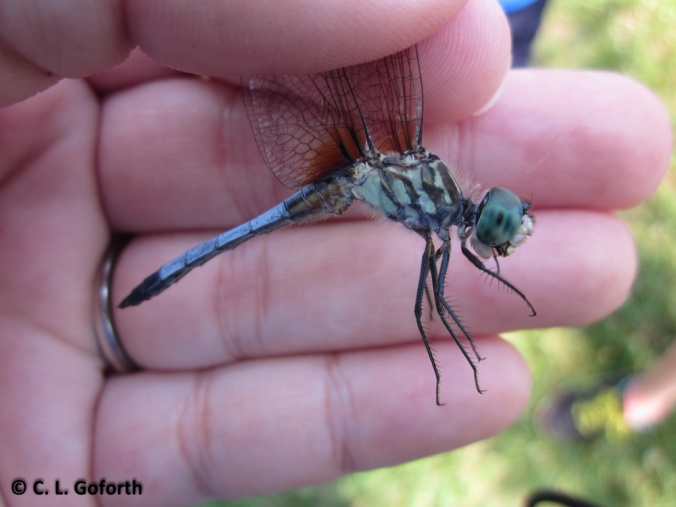 One of the activities I did with summer campers involved recording the dragonfly species we observed at the pond for three different citizen science projects.  I had them watch for the species the Dragonfly Pond Watch is interested in and count the number of common whitetails they saw for Nature’s Notebook.  Then I let them loose with nets to catch as many different species as they could so we could photograph them for our Natural North Carolina project.  These were 5th grade boys, and they got bored watching dragonflies fairly quickly.  I wouldn’t let them use the nets until we filled out the whole data sheet and we counted the whitetails, but then I let them loose.  They were THRILLED to be out catching dragonflies!  And they caught 12 species too.  Not bad for a group of nerdy 11 year olds!

I got to work with the same group of boys last night when I helped out one of my coworkers, the curator of our Arthropod Zoo, as he led a blacklighting activity for them: 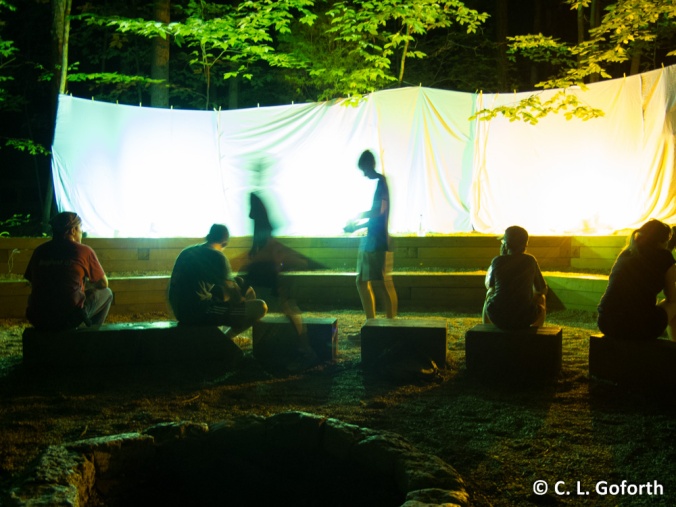 About half of the dozen boys got REALLY into the blacklighting and would have happily stayed up all night watching bugs with us if their camp leaders would have let them.  It was great watching them stalking the sheets looking for cool things coming in to the lights.  My favorite insect of the night was this massive mayfly:

I haven’t ever seen one this big before, so I had to look it up.  I am 95% sure it’s Hexagenia limbata, a very large mayfly that is common in the eastern US.  It was nearly 4 inches long if you included the tails!!

That was my week.  What cool things did you all see?  I’d love to hear your stories, so I welcome comments below!