The insect activity was a bit sparse this week, in spite of some lovely warm days and some exciting things that happened.  Because there are so few insects to report, I’m going to share some haikus of recent insect and insect-related observations I’ve made over the past few weeks.  Hope you enjoy them!

Ode to the Fall Cankerworm 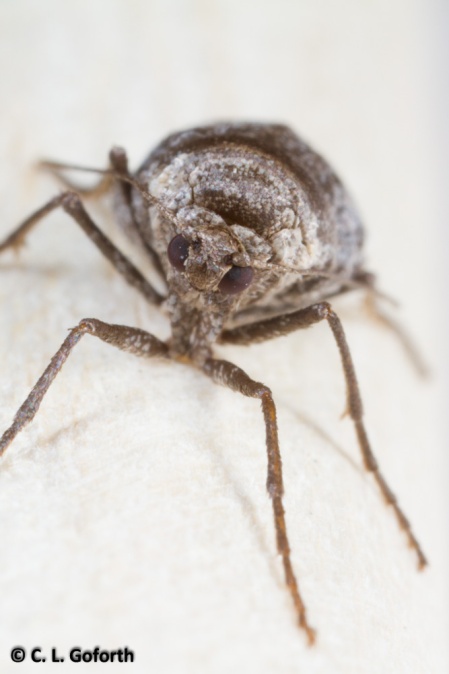 Wingless cankerworm
crawling up a maple tree,
lays her eggs while cold.

If you’ve followed my blog recently, you’ve already read about the fall cankerworms I’ve watched recently.  They disappeared from their usual spot for a couple of weeks during some very cold weather and an ice storm, but they’ve come back!  I was more excited about that than I probably should have been… 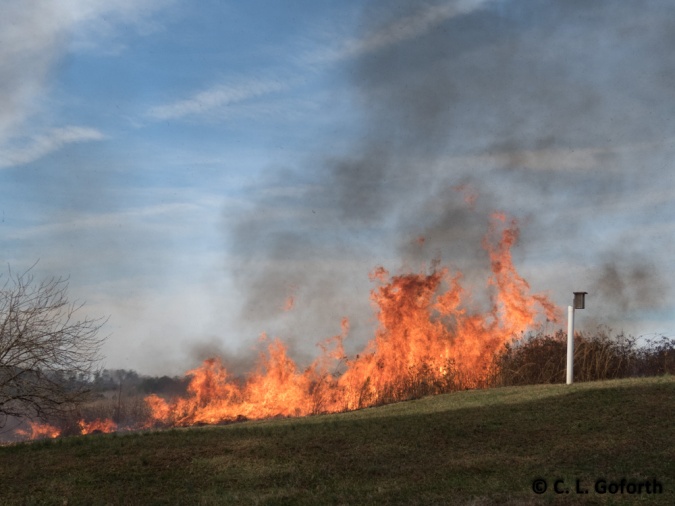 The natural resources guy at the field station leads a controlled burn of a third of the prairie every winter as part of the prairie maintenance, and it took place yesterday.  It’s always exciting to watch, but for the first time I noticed a lot of insects out and about near the burn area, some of which had clearly been roaming around in the ashes.  Made me think that the rabbits, cotton rats, and mice aren’t the only things that flee as the fire advances!  Interesting to see so many insects roaming around after the burn.

Tap tap tap it goes,
the nuthatch looks for a treat,
insect under bark.

I’ve fallen in love with brown-headed nuthatches recently!  They’re adorable and it’s fun to watch them breaking off pieces of bark to get to the tasty insects hidden underneath.  They’re rather resourceful little birds!

I got to go on a fantastically fun trip with a bunch of other environmental educators to the Pungo Unit of Pocosin Lakes National Wildlife Refuge last weekend.  It’s an overwintering site for tens of thousands of tundra swans, snow geese, and red-winged blackbirds, and you can see flocks of 30,000-40,000 birds.  It’s absolutely and indescribably amazing!  But, I got excited about a few insect sightings as well.  I’m going to write about one of them in a longer blog post sometime soon, but one of the other women on the trip noticed the awesome wasp in the photo high in a tree.  It was truly massive, so I think both of us were actually just fine with being cold at that moment as it meant we weren’t going to be inundated by angry wasps while we milled around under their beautiful nest. 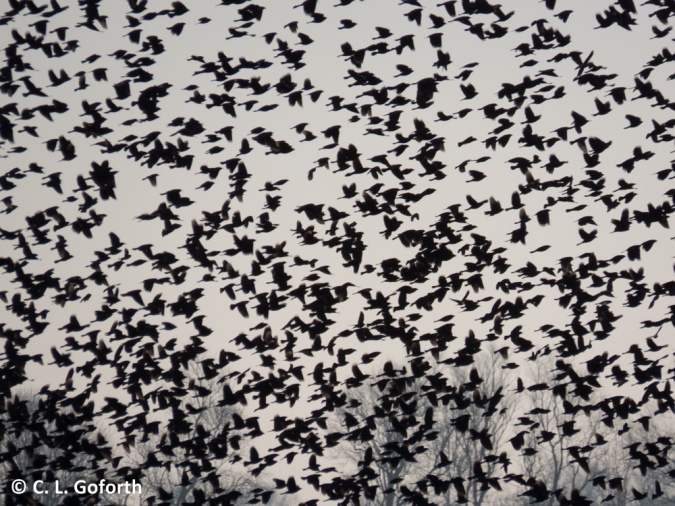 The red-winged blackbirds
flying over winter fields
look like clouds of gnats.

I couldn’t resist throwing in this haiku about the red-winged blackbirds, even though it just alludes to insects.  There were just SO many of them at Pungo!  If any of you ever make it out to eastern North Carolina in the winter, it’s well worth a visit to Pungo or nearby Lake Mattamuskeet to see the birds.  The photo doesn’t give you a good sense of what it feels like to have several thousand birds swirling around in a huge mass in front of you only to have the entire flock fly right over your head only 10 feet above you.  It was like a black wall that was about to engulf you, but it swerved upward at the last moment and disappeared over the trees.  It was magical!

It’s winter, but there’s always great stuff to see outside and I’ve really been enjoying exploring recently.  Anyone want to take a stab at a winter themed haiku?  Pick any topic of your choice, so long as it focuses on winter.  Would love to read anything you come up with, so leave poems in the comments!