A couple of weekends ago, I went to the mountains of North Carolina to look for hellbenders.  For those of you unfamiliar with these magnificent creatures, they’re HUGE salamanders, as in foot-long salamanders!  I learned they lived in NC shortly after I moved here and wanted to see them in the wild, so I finally went to look for them.  Saw one too!  SO exciting.

Knowing I was going to be hanging around mountain rivers for two days, I brought along one of my little glass aquaria so I could get some aquatic insects-in-water shots.  I was having troubles with silty water and streaks on the outside of the container while attempting to photograph a juvenile green frog and was getting frustrated.  I had finally lined up what I expected to be a decent shot, when this happened: 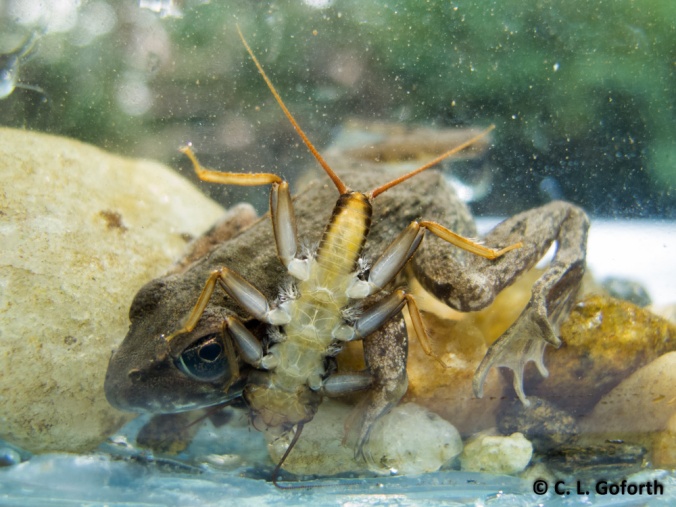 A stonefly totally photobombed the frog! Gah!  The frog jerked and stirred everything up again, so I never did get a good photo of my frog.    Thanks a lot, stonefly…