Last fall, I was watching a movie at home after a long day at work and kept hearing a really loud buzzing sound coming from the bookcase next to our couch.  I assumed it was a house fly that had gotten trapped in the lamp (they often do) and tried to ignore it, but it just kept going and going.  It was also LOUD!  I eventually couldn’t stand it anymore and went to see what it was that was making all the racket.  I found this: 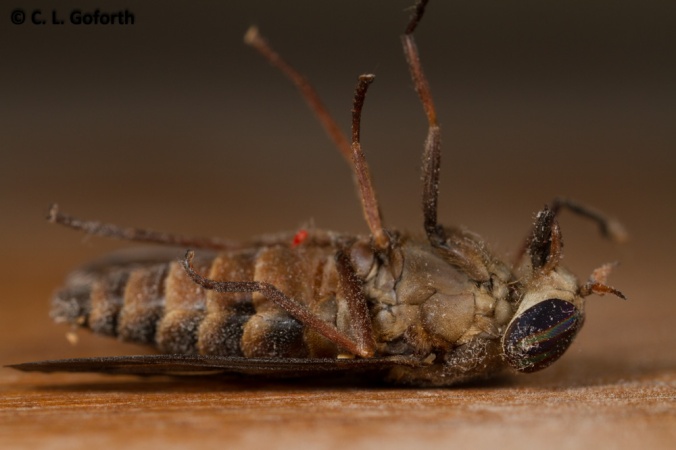 That horse fly had gotten trapped upside down somehow and was trying to right itself, but it just kept spinning around in place, over and over and over, buzzing frantically.  Horse flies scare me – how is it even possible for their bites to hurt so much?! – but it’s hard to beat the beauty of their eyes!  I took pity on this big guy and scooped him into a cup and took him outside.  It was a lot quieter afterwards!