Happy weekend everyone!  I for one am quite thrilled to have a day off tomorrow.  The last week was exhausting and oh so hot.  But, the week was full of great buggy adventures too, so it wasn’t all bad!  Last weekend, for example, I ended up staying after work a couple of hours to photograph things.  This little grasshopper nymph was one of the things I saw: 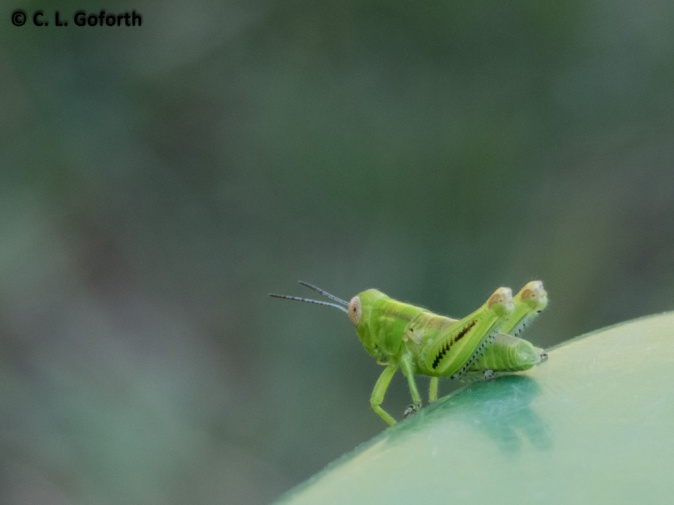 Hopper on the Gator

Isn’t he (or she) cute?  For me, few things beat heading out with my camera and seeing what I can find.  It’s a great way to see nature, keeps you in tune with seasonal shifts and the timing of biological events, and sometimes you’re lucky to see something amazing.  Like a groundhog 8 feet up a tree.  That I didn’t get a photo of.  Because I had my camera zipped up inside it’s carrying bag rather than in my hands when I wandered over to the area where I keep seeing groundhogs.  However, struggling to get my camera out for the groundhog means that I got a shot of this little guy moments later when the groundhog scampered away.  It’s no groundhog in a tree, but I was still happy to see it.

Last week involved a lot of teaching.  On Wednesday, I met with the new cohort of middle school teachers that will spend the next several weeks in the research labs at the museum where I work doing some real science.  Those teachers will spend the next year developing curriculum to get middle schoolers involved in citizen science.  It’s an awesome project, and we kicked things off with a ladybug hunt:

It was ghastly hot and late in the day, so a few of the teachers wilted a bit in the heat, but it was still a ton of fun.  Plus, they were the first group that has ever found more native ladybugs than non-native ladybugs at our field station.  I hope their results will be repeated with other groups!  Their data are headed to the Lost Ladybug project next week so it can be used in a variety of studies looking at the distribution of ladybug species and the interactions between native and non-native ladybugs.  I’ll work with this group again next week, with dragonflies next time!

On Thursday, I got to travel toward the coast and work with a group of 5th grade teachers exploring biodiversity and phenology (the study of biological events that occur periodically, such as flowering in plants or rearing young in animals).  The park where I met the group has this amazing cypress-gum swamp: 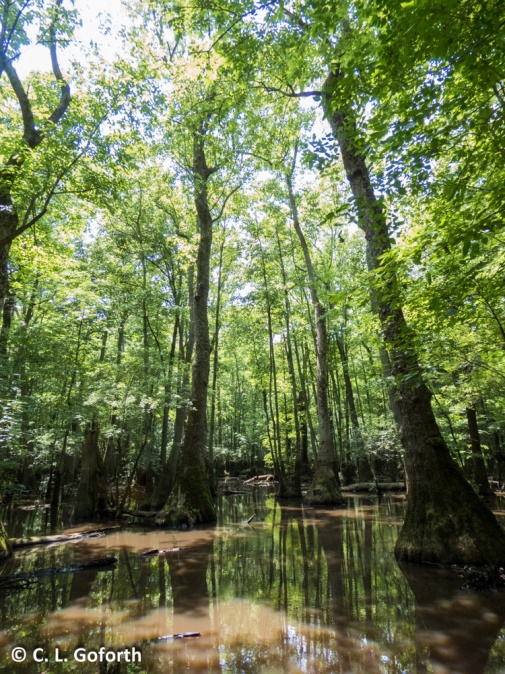 If you haven’t ever seen a swamp like this, I highly encourage you to make a trip to see one!  They are amazing, biologically rich wonderlands.  The number of dragonflies flying around at this location was spectacular!  A lot of the teachers got photos of many of the species we saw and I’m looking forward to uploading them to our biodiversity project.  I also finally got to see a swamp darner in nature.  I was in the middle of talking to a group of teachers about a tree they were interested in when I saw it so I didn’t get a photo, but I was still thrilled to check it off my list!

We had a new group of summer campers at the field station this week, and I did a biodiversity activity with them.  The most popular find was this little guy, by a wide margin: 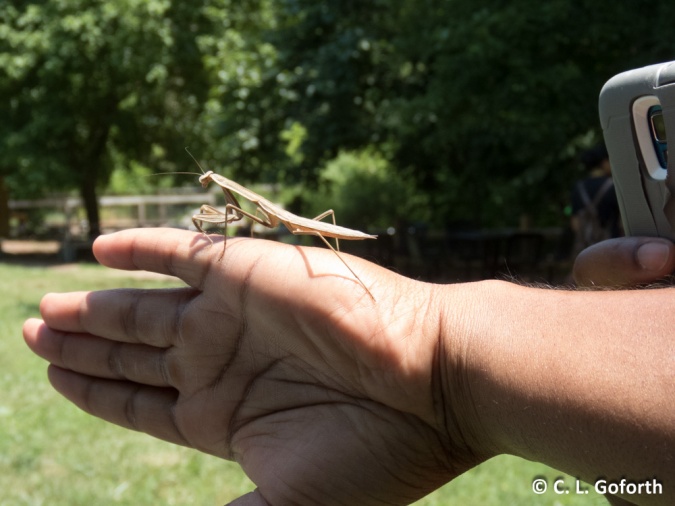 Mantid, I suspect of the Chinese persuasion, posing for photos with one of the camp leaders

All the kids swooped in with their iPads when I picked it up, venturing out into the hot sun so they could see it.  At one point it jumped energetically off my hands onto the iPad of a kid who was photographing it.  Scared the frass out of the kid, but he held it together long enough that he neither dropped the iPad nor crushed the mantid before I had a chance to take it back.  I was rather impressed by the kid’s ability to manage his fear.  Many of the other campers would have screamed and dropped the iPad if the same had happened to them.

And finally, yesterday meant another afternoon in the blissfully cool stream with the summer camp! 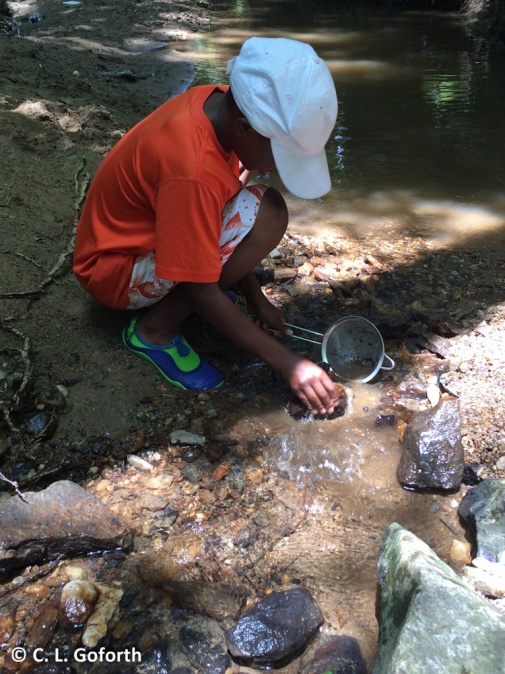 This boy was far and away the best insect hunter of the campers this week.  While his campmates were splashing around in the deeper water to avoid doing what we were actually there to do (looking for insects to assess the water quality), this kid was flipping rocks and sampling riffles and stirring up the substrate to find as many types of insects and other invertebrates as possible.  The stream doesn’t have many species in it, but he ended up finding most of the ones we know are in there: three types of caddisflies, riffle bugs, water striders, and crayfish.  We did also find one new thing, a damselfly in the genus Argia.  I’ve never found a damselfly in that stream that wasn’t an ebony jewelwing, so it was very exciting to hang out with a really happy kid and make new insect discoveries together!

And with that, I begin my weekend!  Anyone want to share an insect encounter they had this week that made you especially happy?  The swamp darner was my highlight, so I’d love to hear about yours!